The World's Most Famous Crosswalk 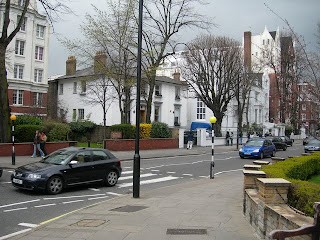 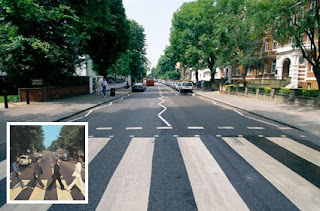 I just found a Live Web Cam focused on the crosswalk in front of EMI Abbey Road Studio in London. Even today, there is a constant struggle between pedestrians and motorists at that location. I managed to catch this webcam at night, and even at late hours there are groups of tourists there trying to get a reconstructed Beatles album cover photo, in the midst of passing headlights.
Last February, there was a news scare that EMI was offering to sell the world famous recording studios, but a week later the offer was withdrawn. Abbey Road Studios (center of top photo) started out in November of 1931. It is most noted for the recordings of The Beatles and Pink Floyd.
Posted by Bob-H at 1:23 PM